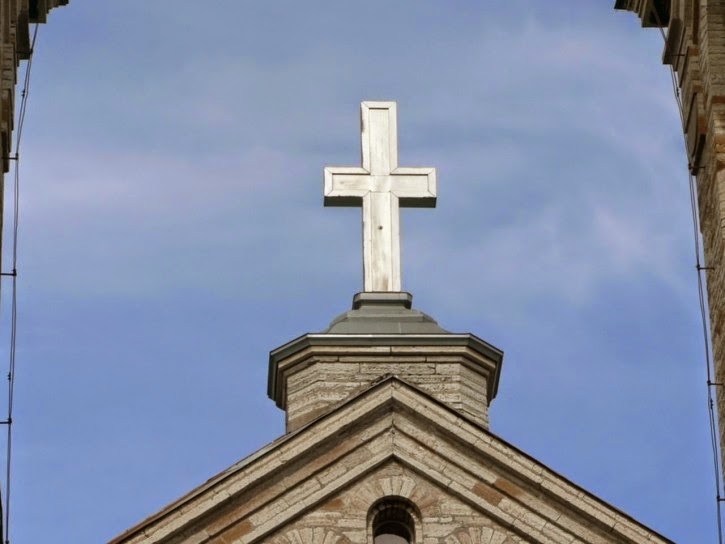 Are we so set on convincing others, especially those with looser beliefs in Catholic doctrine, that they must believe and live the rules or else?  Many of us do it in the name of evangelization.  But what if this does the opposite of what we intend and turns people farther away from our Holy Catholic Church? Do we think to ourselves, "Well, that's a shame. They're in danger of hell! I'll catch them again on the next go 'round." This behaviour was an aspect of this author's life a few decades ago just after undergoing a renewed spiritual conversion.  The danger is in staying firmly at that place and not allowing God to move within us, providing new spiritual eyes as we grow and mature in faith. There are always times when we should remind others of certain teachings of the Church! But it's unwise to use these as a bludgeon, especially to those not ready or willing.

Pope Francis is teaching us by example to use kind words and to meet people where they are rather than trying to drag them up to our ledge on the mountaintop. He demonstrates the example of Jesus by meeting people where they are and showing love and joy in the Catholic faith. He lives charity and lets God's light shine through him for others to see! Yet those of the doctrinal legal mind-set pick apart his every word and action, looking for errors rather than seeing the whole picture.  This is not unlike how Jesus was treated when He walked the earth. It's a good idea to self-evaluate;  am I being the Church Militant, or the Church belligerent? This is the title of an essay written by Father Paul Scalia some years ago.  Here are two quotes, and the link to the full article is below them.

"Those who constantly challenge and criticize cannot be taught. They may be able to pick apart goofy catechesis and spot liturgical abuse from a mile away. But they cannot learn, because they never stop questioning, criticizing, picking things apart. The criticism results in a cynicism borne (ironically) of a zeal for truth. If we refuse to trust anyone, then we set ourselves up as our own personal magisterium. And we have a name for that: Protestantism."

"In short, the risk is to cease being the Church Militant and to become instead the "Church Belligerent." This term describes not so much a specific group of people as a certain attitude, mindset, or approach. It indicates the necessary fighting spirit of the Church Militant severed from the principle of charity. And it constitutes a hazard—not for those who think that the past forty years have been a catechetical and liturgical success, not for those who see no need to evangelize, not for those waiting for the Church to be updated. Rather, it poses a threat precisely to those—to us—who take the demands of the Church Militant seriously, who see the crisis in society and within the Church, who recognize the catechetical and liturgical fallout of almost four decades, and who desire to enter into the battle for souls."