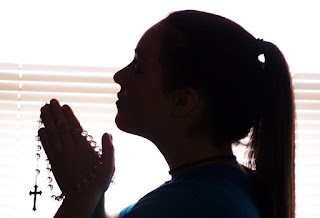 Pray the rosary live with other Catholics worldwide as you gaze at images of the Holy Land!

Reuters:
September 20, 2015
"Pope Francis celebrated Mass with tens of thousands of Cubans on Sunday in Havana's Revolution Square, the political heart of Cuba where the Communist government stages its biggest rallies.
"The huge plaza is where Cubans celebrate May Day beneath massive portraits of revolutionary leaders Ernesto "Che" Guevara and Camilo Cienfuegos built into the facades of state buildings.
"To welcome the pope, who helped bring about the recent rapprochement between Cubaand the United States, a similarly giant poster of Jesus Christ was hung nearby.
"Some waited in the square from 3 a.m.
" 'Francis has come to bless this new union between Cuba and the United States,' said Enrique Mesa, a 32-year-old tourism worker.
"While Cuba's government basks in the glow of the pope's four-day visit, he may use the stage to criticize the Communist leaders on democracy and human rights.
"Between 30-40 dissidents were detained to stop them attending papal events, a dissident human rights group said.
"Security agents wrestled two men and a woman to the ground at the edge of Revolution Square, then led them off, after they started shouting and tried to hand out flyers, a Reuters witness said.
"Arriving on Saturday, Francis exhorted Cuba and the United States to deepen their detente, and encouraged Cuba to grant more freedom to the Roman Catholic Church, which has re-emerged as a powerful force after suffering decades of repression.


" 'His visit is cause for hope in our aspirations for improvement,' said biologist Benito Espinoza, 41, at Revolution Square. 'We are an optimistic people, but we have suffered for many years.' "
Click to read the entire article:  Reuters: Pope Celebrates Mass in Havana's Revolution Square