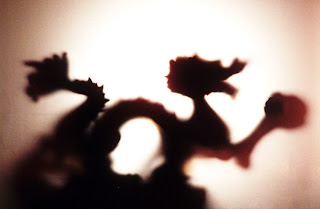 Lifeguards are taught never to go near a drowning person without a plan of action. the unfortunate victim  will grasp unconsciously at any object within reach, pulling the rescuer under with him. This explains how the New Age Movement is able to gain momentum. Our world is filled with drowning people; people unable to breathe the fresh air of Jesus Christ's truth. Others are being pulled under along with them, even those who have the Light of Christ within them.

The New Age Movement started in the sixties in England where Neo-pagan practices such as astrology, spiritualism, channeling, Theosophy, Wicca, Hinduism, Gnosticism,  and Taoism among others were well established. New Age beliefs became popular in the seventies and gained huge ground in 1987 with Shirley MacLaine's famous image standing on the beach, arms outstretched, yelling out toward the ocean, "I am God!"  Her televised story called "Out On a Limb" began while she was having an affair with a married man and simultaneously searching for spiritual meaning in life. She meets a guru who guides her in New Age practices. While visiting a psychic at a metaphysical store one day, a book literally falls off the shelf and drops into her hands. The book is about how to channel spirits while in a trance. Drowning viewers searching for meaning in their lives reached out and grasped this New Age branch being held out by the famous yet severely misguided Shirley MacLaine, thus giving Satanic beliefs a secure foothold.

Oprah Winfrey is an acclaimed talk show host with tremendous influence around the world. Among other New Age concepts, she has promoted a popular book called "The Secret." by Rhonda Byrne.  The book claims that our vibrational energy is tied to the cosmos and we can create our own reality and destiny with our thoughts. Supposedly, good things will come into your life when you begin harnessing your personal energy. Speaker Sharon Lee Giganti, former New Age Master, now a converted Catholic Catechist, speaks here about how evil rather than good emanated from her former beliefs.

HOW WILL IT HAPPEN?

New Age practices have now become so mainstream that it is common for Christians to believe in concepts such as vibrational frequencies, karma and  "God as one giant consciousness,"  without seeing any sort of contradiction to the teachings of Jesus and the Catholic Church. At the surface level, all of these things seem good and relatively innocuous. After all, there isn't only one correct path to God, right?  But when people begin living New Age concepts, they become unable to separate right from wrong. They can't tell the difference between their own thoughts or the promptings of Jesus. They will say there are no such things as evil spirits while simultaeously channeling them into the world with no concern about their origins.

New Age dabblers quickly drop into the depths of "enlightenment," drowning in confusion, unable to define a sin, explain why abortion is wrong, or understand that the mainstream religion they rejected was a much safer haven for their souls. Worse, they call those old doctrines "limiting" and consider themselves at a much higher spiritual plane than the average devout Christian.There are no significant parameters for right and wrong in this movement; everything goes. This philosophy was touted by the now-deceased Satanist leader Anton LaVey, "Do what thou wilt."  The only ones who do not realize their confusion are the New Age practitioners themselves.  These practices have fertilized the ground for the entrance of the Anti-Christ into the world.

To reject the notion of an Anti-Christ is to reject the gospel.  Many people say there have been numerous leaders over the centuries who were anti-christs, and this can very well be true. However, according to end time prophecies there will be an Anti-Christ who fools a great majority of the inhabitants of the earth.  In Luke 18: 7-8, addressing His disciples Jesus speaks of the lack of faith in those days when he says, "Now, will God not judge in favor of his own people who cry to him day and night for help? Will he be slow to help them? I tell you, he will judge in their favor and do it quickly. But will the Son of Man find faith on earth when he comes?"

For centuries bible scholars have debated about whether or not the Anti-Christ will be one person, a group of people, or a personified governmental system. The answer is unclear, but recent world events coupled with increased New Age stirrings make the entance of an Anti-Christ assured.  War and turmoil are making world leaders continue to work toward a one-world government under the umbrella of the United Nations. John D. Rockefeller Jr., who backed and funded the work of Nazi-like racist Planned Parenthood founder Margaret Sanger, donated six blocks of Manhattan worth 8.5 million dollars in order to house the United Nations in 1945. His son David Sr. would later admit in his memoirs that he and his family are guilty of  "...conspiring with others around the world to build a more integrated global political and economic structure -- one world, if you will. If that's the charge, I stand guilty, and I am proud of it." David Rockefeller, "Memoirs" autobiography (2002, Random House publishers)

Presently there is an overt effort to raise a spiritual leader out of this global mess. One possibility is being called the Maitreya but goes by other names as well.  Share International is the organization ushering in this proclaimed Anti-Christ with an active advertising campaign including supposed astronomical miracles. Founder Benjamin Creme describes Maitreya's many names, "Christians know him as the Christ, and expect his imminent return. Jews await him as the Messiah; Hindus look for the coming of Krishna; Buddhists expect him as Maitreya Buddha; and Muslims anticipate the Imam Mahdi or Messiah."(www.shareinternational.org)  Creme travels the world introducing the Maitreya through channeling. Avoid it completely.

Other people who many are claiming as possible Anti-Christs are global speaker Raj Patel and leader Javier Solana. They talk about globalization of everything from government, to economy, to the food we eat, and spirituality.The possibilities for global leadership are numerous.

On January 1, 2012, an announcement was made by an anonymous group at the home of a New Age channeler through a New Age media site announcing a global economy that will be implemented on the world.   It is clear that a new global economy will be tied to a new global religion/belief system based on satanic New Age concepts.  Nobody yet knows who is behind this new movement.

WHAT CAN I DO?

Make the sacraments of confession and communion as often as possible. Pray the rosary with devout meditation upon the gospel mysteries! Be wary of all apparitions and miracles, because Satan is capable of performing some that fool even the most Catholic elect.

In these times of confusion when the shepherds of Holy Mother Church are using global/ecumenical language, and downplaying the salvific sacraments such as confession and Eucharist, our spiritual strength will be those very sacraments and the rosary, given to St. Dominic over 800 years ago. The evil one hates our Holy Mother's armor! Call upon the name of Jesus Christ because Satan has no power over Him.  Keep blessed sacramentals in your home such as holy water and candles. Have your home blessed by a priest.

Wear items such as the Miraculous Medal, the St. Benedict medal and the brown scapular. When purchasing these items, make sure to get them blessed even if the seller claims they have already been. Once an item is sold, the blessing must be repeated. Do not abandon our Pope or the Holy Catholic Church. As Our Lady said at Fatima, "In the end . . . my Immaculate Heart will be triumphant!"

To learn more about the origins, formation, and progress of the New Age movement and its ushering of the Anti-Christ, watch this excellent video series of speaker Constance Cumbey. Together, all seven take approximately one hour to view, and very well worth the time.

To view the January 1, 2012 announcement of a new global economy being introduced to the world, click this link: Announcement of Global Economy  Be aware that this will take you to a New Age website.